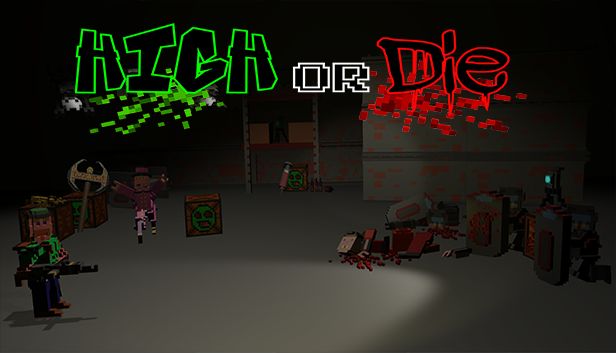 HorD is an arcady highscore-driven Twin Stick Shooter set in a dystopian Drug Film universe. The player is orderd by the ominous "Chick" to collect samples of a new drug named FLOW, but instead ends up using it, creating a drug-induced gorefest and fighting his own nightmares.

Fast-paced Single-player action experience.
5 different enemy types that will hunt you down mercilessly.
3 different maps (Warehouse, Harbour, Disco)
Get better and attain even higher scores.
FLOWMOTION: Enhance your playthrough with the FLOW-induced disco rampage!
Controller Support for the Xbox Controller for Windows.


This project was realised by students in approximately 3 months in cooperation with the Games Academy Berlin.

Step 1 / 3 - Please enter your e-mail address to request one or more press copies of HorD: High or Die and press the next button to continue.